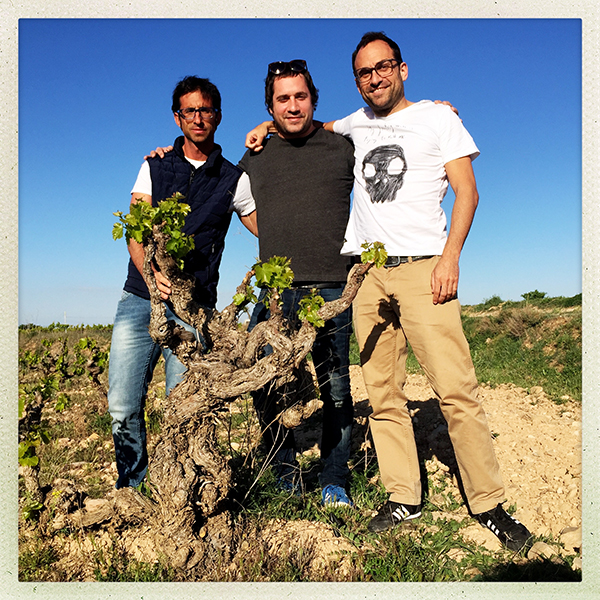 «The other name I wanted to tell you about is Zorzal, the one from Navarra. Yeah, because some of our readers might be familiar with the Zorzal project in Gualtallary, Mendoza (Argentina) driven by the Michelini brothers. But there is a Viña Zorzal winery in Navarra, and this time they are big news! The project was only formalized in 2013 by brothers Iñaki, Xabier and Mikel Sanz as an evolution of their old (volume) wine family business. I noticed a nice progression in their wines. They are advised by Jorge Navascues from Cariñena. They work mostly with vineyards in the higher altitude village of Fitero, some of them amazingly old, possibly some of the oldest Garnacha vines I’ve seen in my life. They are clearly on the way up, with better wines each vintage, irrespective of the character of the year. There is a big change in 2015, but what I tasted from barrel and tank from 2016 was even better. So, my feeling is that this is only starting and the best is yet to come. They are clearly one of the names to watch in Navarra and my coup de coeur this visit. Garnacha as old as this is a rara avis, with some pun intended, because zorzal is nothing other than the Spanish name of a bird, the small and jovial Thrush. I find these old vines fascinating, their capricious shapes, chiseled by years of pruning and circumstances making them all different, like small natural sculptures—some fat, some thin, some tall, some short. I could spend hours walking among these old plants, admiring and photographing each of them… and, in fact, I do»