here’s a quiet revolution going on in wine right now that will almost certainly change the way you drink. Some of the world’s leading winemakers are looking to bring down the alcohol content of their wines.

I recently met up with Marcelo Papa, of Chile’s biggest producer – Concha y Toro, which accounts for over a third of the country’s wine exports – to talk about how he’s changing the style of the winery’s famously ripe, full-bodied reds. The results of these trials still have to work their way through the supply chain, but you can already pick up a fresher influence in his Marques de Casa Concha Cabernet Sauvignon 2013 (£12 Sainsbury’s, £12.80 Tanners; 14.2% abv), for which he picked 50% of the fruit earlier and put only 20% of it in new barrels (that figure used to be 35%); 20% of the blend was also aged in botte (large wooden casks) to reduce the oak influence, and for this year that will rise to 50%.

Papa may be the most influential winemaker thinking along these lines, but he’s far from the only one. At a recent Navarra tasting, Xabi Sanz told me that his basic, unoaked, juicy Viña Zorzal Garnacha 2014 (£6.50 Wine Society; 13.5% abv) is the wine he chooses to drink every day. A similar change is happening with white wines, too, with the Sicilian producer Planeta planting so high on Mount Etna that the vineyards are not even recognised by the official DOC system – for a taste of the results, try Planeta’s tinglingly fresh Eruzione 1614 2013 (£18.50 Great Western Wine; 13% abv).

There are various reasons for this trend: a swing away from the high-alcohol reds that used to be a failsafe way of getting high scores from American critic Robert Parker, changing tastes in food (less meat, more fish) and the likelihood of heavier taxation on higher-alcohol wines. Climate change, particularly the sort of water shortages Chile and California are experiencing right now, is also playing a part, driving winemakers to the wetter, cooler regions that produce lower abvs.

In some regions, however, mainly in France and Italy, it’s still the cultural norm to produce wines that are modest in alcohol. Shenk’s bright, juicy Reggiano Rosso 2014 (£6 Marks & Spencer), for instance, a still lambrusco, is a modest 12% abv and all the more refreshing for it. And the Wine Society even sells a mixed “Lighter Wines” case of under 12.5% abv bottles for £95, so there’s clearly demand. Like it or not, it seems we’re all going to be drinking lower-alcohol wines by 2020, if not earlier. And I for one welcome that. 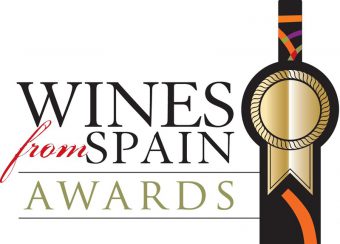